Our program exists to serve the needs of families who want the best of both worlds — flexible, independent study learning within an at-school learning community. We do this by offering two learning models, both of which provide rigorous and engaging learning on campus led by highly qualified and passionate, credentialed teachers who implement project-based learning and social/emotional learning strategies, and who also support families with their homeschooling journey.

Da Vinci Connect is part of Da Vinci Schools, an independent charter school network serving close to 2,500 students from 109 different zip codes across Los Angeles. In an ideation workshop, students named the schools Da Vinci Schools after Leonardo da Vinci who was accomplished in both the arts and sciences, and who learned by doing. This integrated approach to learning was the vision for Da Vinci Schools.

Authorized by the Wiseburn Unified School District, Da Vinci Schools opened in August 2009 with the launch of two charter high schools: Da Vinci Science and Da Vinci Design. Da Vinci Innovation Academy (DVIA) was successfully launched in August 2011 to serve Kindergarten through 8th grade students. DVIA became its own charter in the fall of 2013, and renewed its charter in 2018 as Da Vinci Connect.

Da Vinci Communications high school opened in August 2013 and is the recipient of a prestigious Next Generation Learning Challenges grant funded by the Bill & Melinda Gates and The William and Flora Hewlett Foundations.

In 2016, Da Vinci received an XQ ‘Super School’ grant to develop and scale RISE High for homeless, foster, dropout, probation, and other youth who have struggled in a traditional school setting. Students at RISE receive ongoing support to help them tackle their academic, social/emotional, and personal needs. 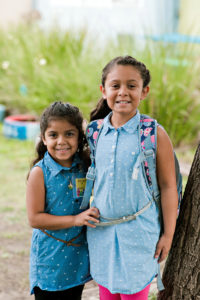